The name of Trakai was first mentioned in Teutonic Knights chronicles in 1337. This year is considered to be the official date of town’s foundation.

Trakai – historical capital of ancient Lithuania fascinates with its wooden architecture, medieval castle, and magnificent scenery and at the same time – a modern face of the town. The town is surrounded by the lakes of Luka (Bernardinai), Totoriskes, Galve, Akmena, Gilusis. Galve Lake, where world rowing junior championships will be held, at its deepest point is 46.75 metres (its area is 361 ha).

The pride of Trakai is the Island Castle, the only castle in Eastern Europe built on an island, now a museum on the Galve Lake.

People are telling a lot of legends about how Trakai was born. According to one of them, after a successful hunting party, Grand Duke Gediminas discovered a beautiful lake-surrounded place not far from Kernavė, then capital of the Grand Duchy of Lithuania, and decided to build a castle in the location. That is how the Trakai Castle was built.

The peninsular castle, barrows and cemeteries are unique sites and the church exhibiting the picture of the Holy Mother of God built in the 15th century in the Baroque and Gothic style is considered by historians to be one of the most valuable Lithuanian heritage objects. Persons who are the greatest figures of our history and who have honourably remained important in European history lived in the Uzutrakis Manor and the Old Town of Trakai. 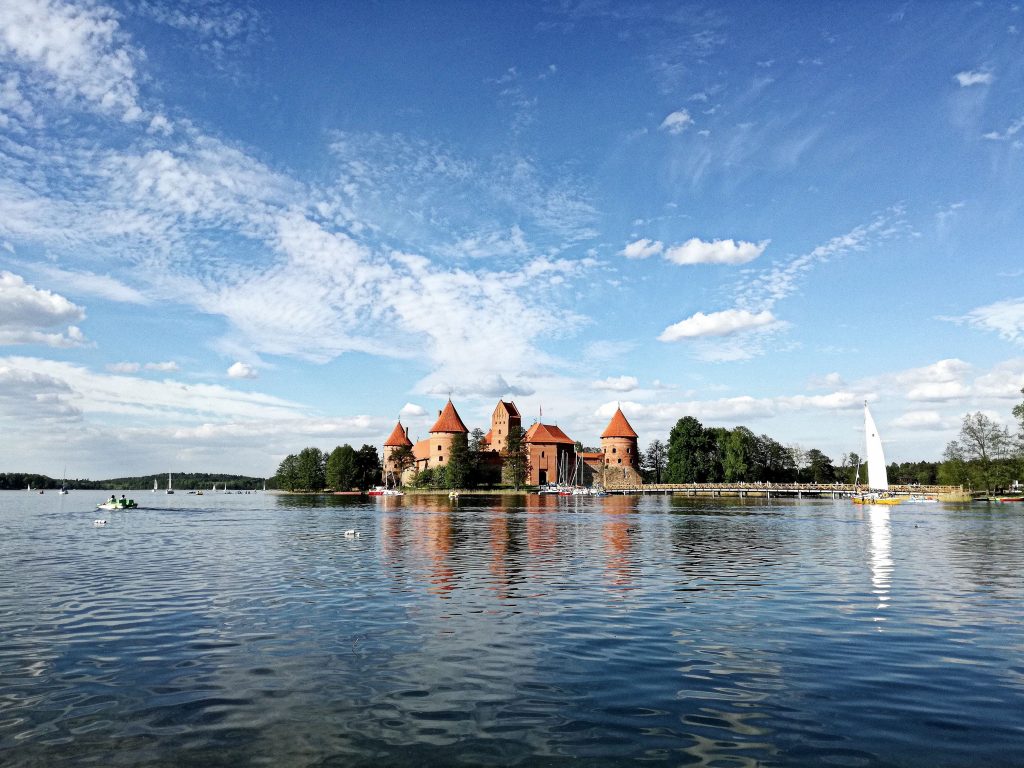